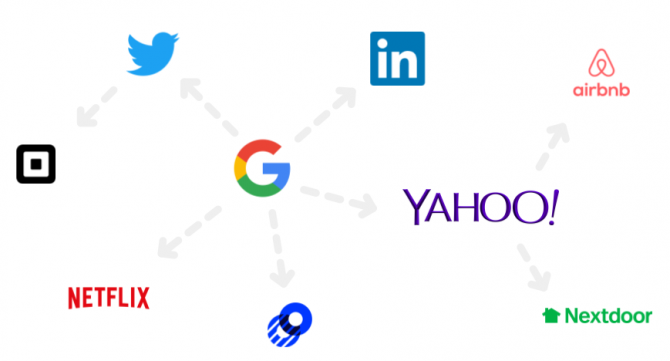 The History of Go Links

The go link, along with the GoLink application, has been around since late 2009 and has matured and adapted over the last decade, migrating its way into the tech industry. In this article, we’ll cover the history of go links, including:

The first documented history of the go link

The first documented history of the go link dates all the way back to November 2009 by Nick Young who worked in IT at North Carolina State University.

Nick Young developed this system on his own and released the final version of Go Links to NCSU on October 10, 2010.

This GoLinks system allows the student body and faculty to create go links that could be shared in classrooms, posters, emails, social media, and much more.

The go link is introduced at Google

Around the same time, Benjamin Staffin at Google developed a golink system that introduced the “go/” domain and allowed Googlers to simply use the short link “go/link” in their browser. Benjamin described golinks as “AOL keywords for the corporate network.”

Soon the application became an essential part of the Google ecosystem where everyone used it to quickly share links around the company. Even leadership took notice of the application and realized its importance.

The go link is introduced at Yahoo and other tech companies

In 2012, when Marissa Mayer left Google to become the CEO of Yahoo, a similar golinks application popped up at Yahoo, but with a twist: yo/links.

From 2012 to 2015 as people left Google to join other tech companies, they would realize just how important that golink application was to completing everyday tasks. Soon the internal application started showing up all around Silicon Valley as engineers built similar systems:

In 2014, Jorge Zamora, who worked at Yahoo, would visit his friends who worked at other tech companies in Silicon Valley. He noticed the same thing over and over: go/links. The links would be posted in the cafeterias, break rooms, and hallways; you couldn’t miss them.

Each of these applications was usually built by a tools engineer inside the company and served the simple purpose of redirecting URLs.

Jorge saw that these applications could be improved significantly, and could be made general and available to the public: GoLinks as a Service. So he reached out to some old college friends, put together a team, and began working on his own golinks system which would be available to any company, not just tech giants.

This application was more than just a redirect system. The GoLinks system from GoLinks Inc. provides an out-of-the-box solution that any single person can get set up in minutes. No software installation is needed. With this GoLinks application, you can install the extension in any browser, and have go/links start to resolve wherever they are used. This brought golinks to the next level which empowered anyone, not just engineers, to easily implement a golinks system at their own company.

With features like a Slack application, browser quick search, in-page creation with the extension, NLP suggestions for misspelled links, DNS public, and private entries, Single Sign-On solutions for Okta, GSuites, One Login, or a custom SSO, this would become the single choice for enterprise clients choosing a golinks solution.

Since then, there have been a few golink side projects built by individuals that have been showing up. These usually are open source projects which involve a lot of setup and knowledge of installing applications to use, and limited support:

Getting started with go links

There you have it—the full history of go links. If you’re interested in trying out this tool yourself, head to https://www.golinks.io/ and see why the go link is quickly becoming the most valuable productivity tool in Silicon Valley.

5 Information Technology Solutions to Help Your Team Save Time

Your team needs the right tools to streamline and automate HR processes. Discover the best HR software for startups in 2022.

See a demo of GoLinks®

Get to know the platform with a walkthrough